Map of the Cotopaxi Colony lands

The 160 acre plots are identified by "landowner". 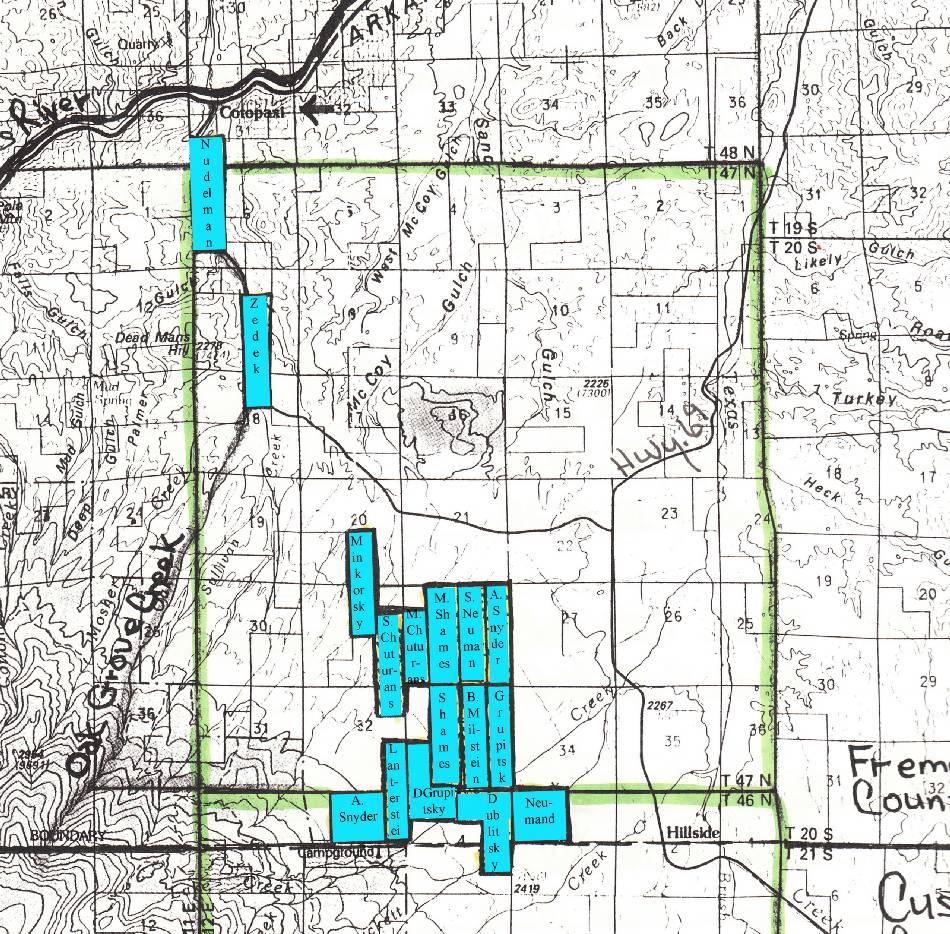 The basic plot outline of this map was created by the Local History Center in Canon City.

Note that the Dublitsky plot extended into Custer County, the rest being in Fremont County

We've determined that they left out

There's a section that the history center missed.
Marcus Chuturan also given the NW 1/4 of NW 1/4 of Section 33. So the original map they did left this out. It would be the section right below what we have him owning on the current map.


Below right, the related map correction with old map on the left: 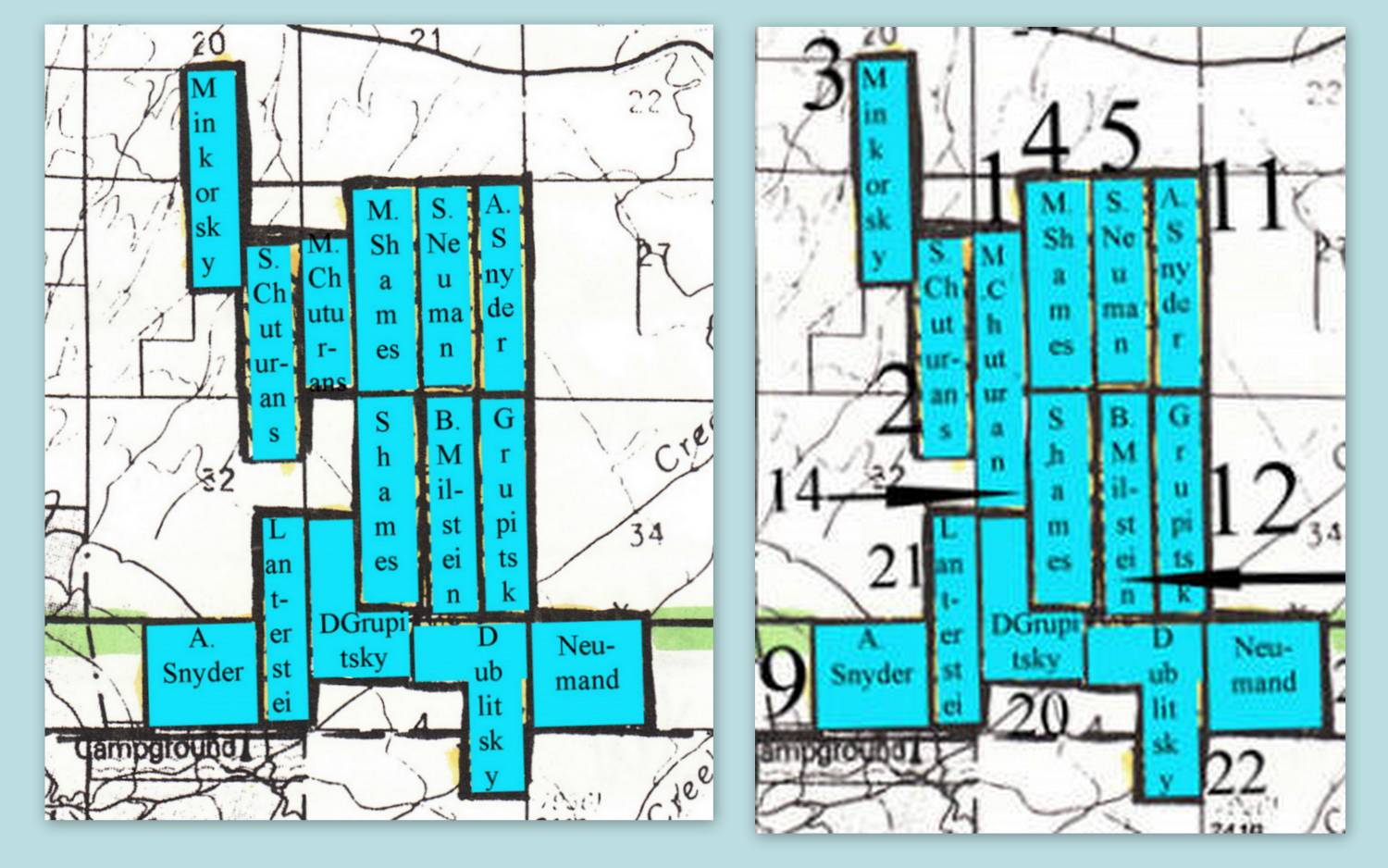 Not all colonists had their "own" plot.  Some plots were worked by several people.

No doubt, with only two plows and two horses, this was the common case.

"The property of the Cotopaxi Colony consists of a strong wagon and two mules: two ploughs and a box of tools, and some agricultural implements."

That for eight farms spread out over eight miles distance...some 2560 acres of land!

However, Julius Schwarz wrote of houses within Cotopaxi on at least two occasions.

"Four of our farmers have their houses already, and two will have them built in Cotopaxi itself, the remaining six on their respective lands.  Those living in Cotopaxi have, in order to comply with the law to erect log cabins on their lands, which they have partly already done."

So as of October 1883, only 4 homes had been built.  But later in the report, Schwarz wrote:

"The Committee has ordered twelve houses to be built for the colonists.  Eight of them are completed. The size of the houses is 16 feet by 20.  The houses are double boarded, with tar paper between them, and have a 1-3 pitch roof.  .... ... Before the houses were finished the colonists lived, and some of them still live, in Cotopaxi in a reception house.  This is a building about 50 feet long by 28 feet wide, and is divided into three large light rooms, one good sized back room and two smaller rooms.  We had also two good sized warm log cabins at our disposal."

Now the facts are, that only six

of the houses are constructed on town lots,"

(so this should be read - six of the shacks Saltiel built were within the Cotopaxi town site.)

"The houses are double-boarded with tar paper between them, are sixteen by twenty feet and are twelve feet high in the center"

At some point, we will have to take a look at just where these properties were.

Remember, Saltiel literally owned the town of Cotopaxi.  At one time it was called "Saltiels".

While he was probably after laborers for his mine,  he was also likely to be seeking a way to promote his town....to increase the population and thereby draw attention to it.  His statements in newspapers provide merit for this concept.

Rosita and Silvercliffe had just "boomed".  If only he could create such a rush to his town....