"The laws of Colorado have pretty strict provisions in

this respect, they are, however, distinct and without am-

biguity.  They compel each colonist to cultivate at least

his settling upon it, and to stake the balance of 155 acres, or

less.  After the occupation has been made, the occupant

Register of his county.  After this, filing must be done at

the land office, either by pre-emption or homestead, where

upon the necessary papers constituting title and ownership

of the occupant are issued.  If filing is done by homestead,

the occupant must reside on his land, that is, must have a

dwelling thereon. "  Four of our farmers have their houses

already, and two will have them built in Cotopaxi itself, the

remaining six on their respective lands.  Those living in

Cotopaxi have, in order to comply with the law to erect

log cabins on their lands, which they have partly already 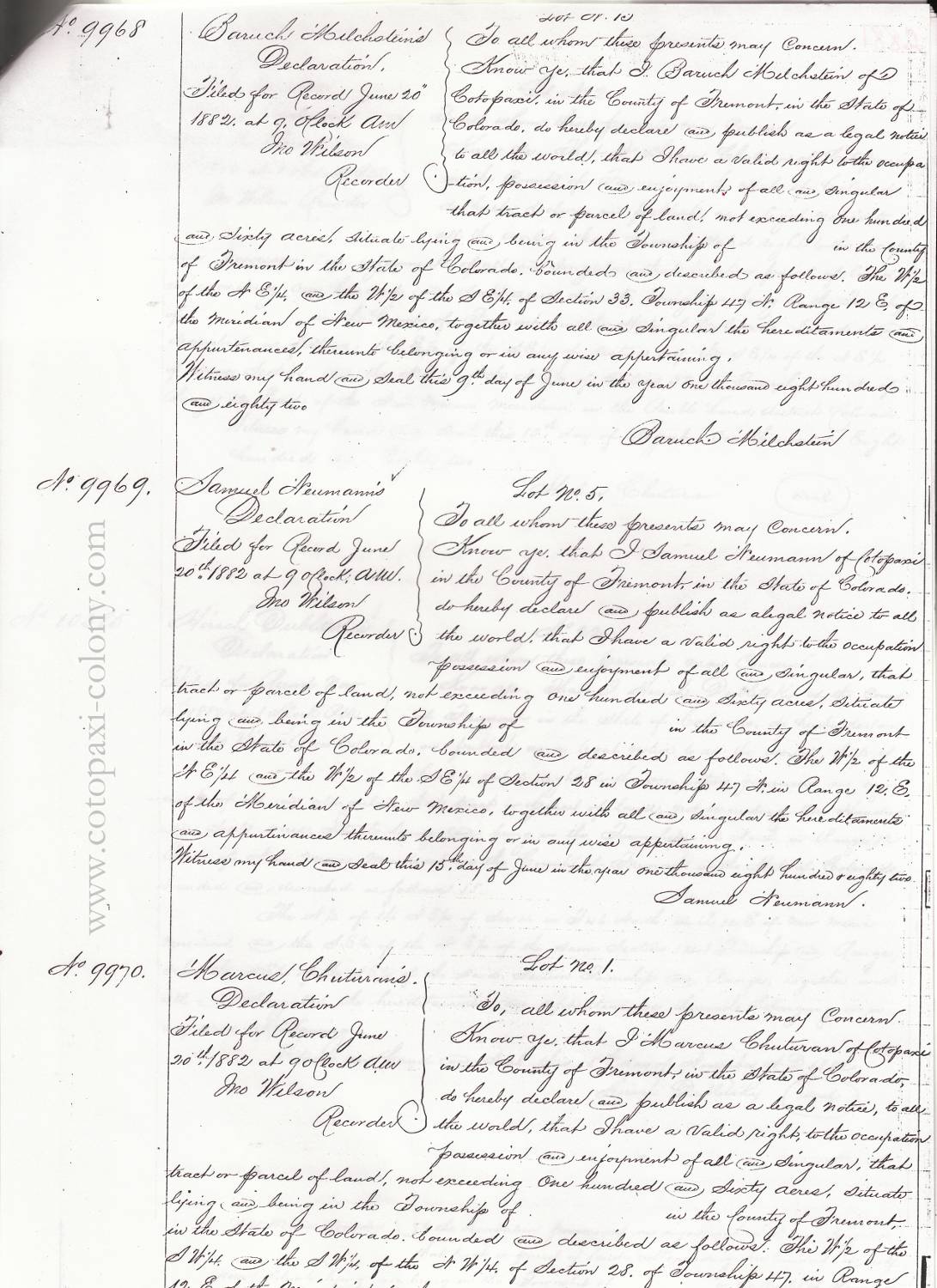 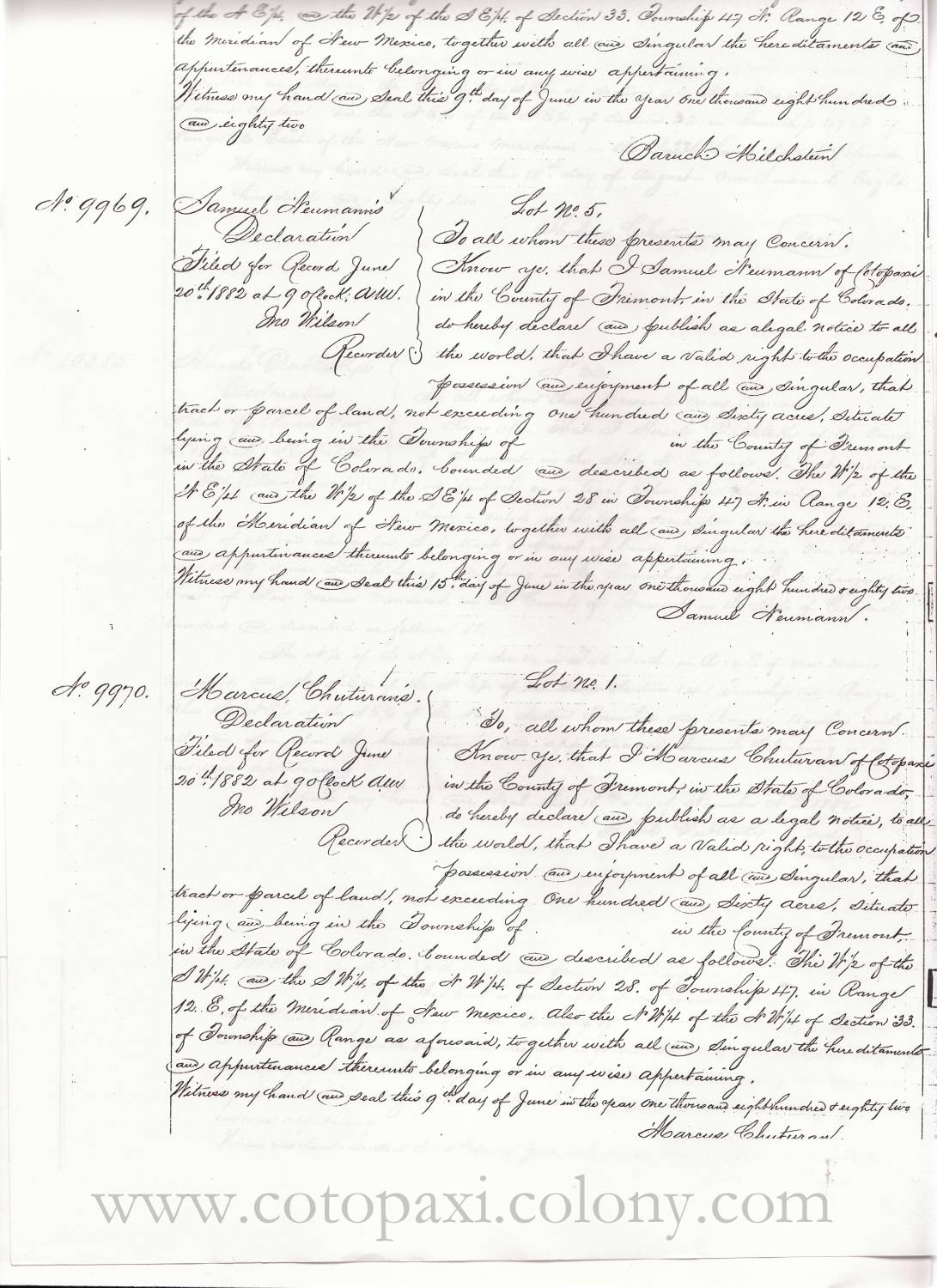 Above, Left: Jen has found that the Local History Center left

this Marcus Chuturan parcel off their map! 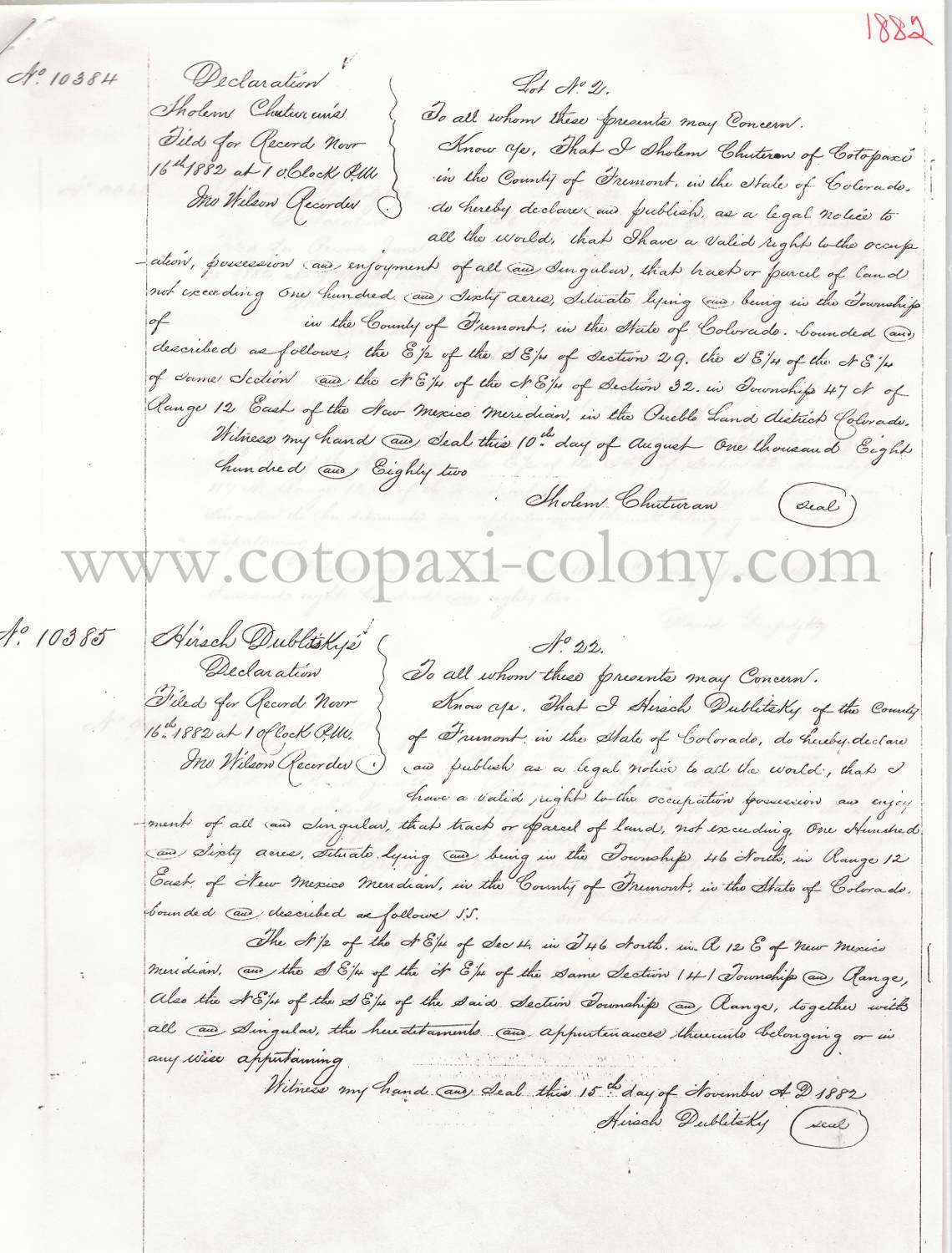 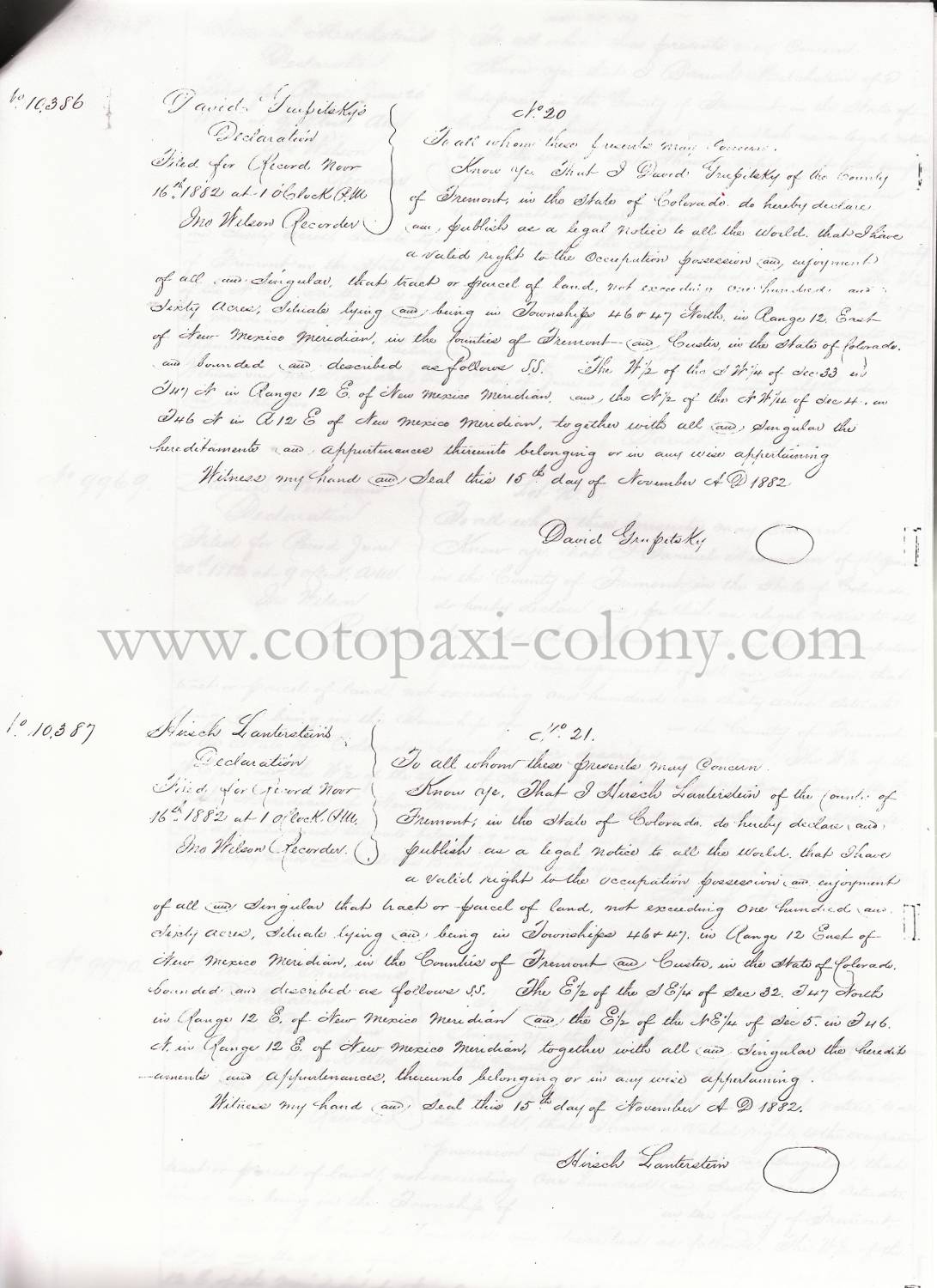 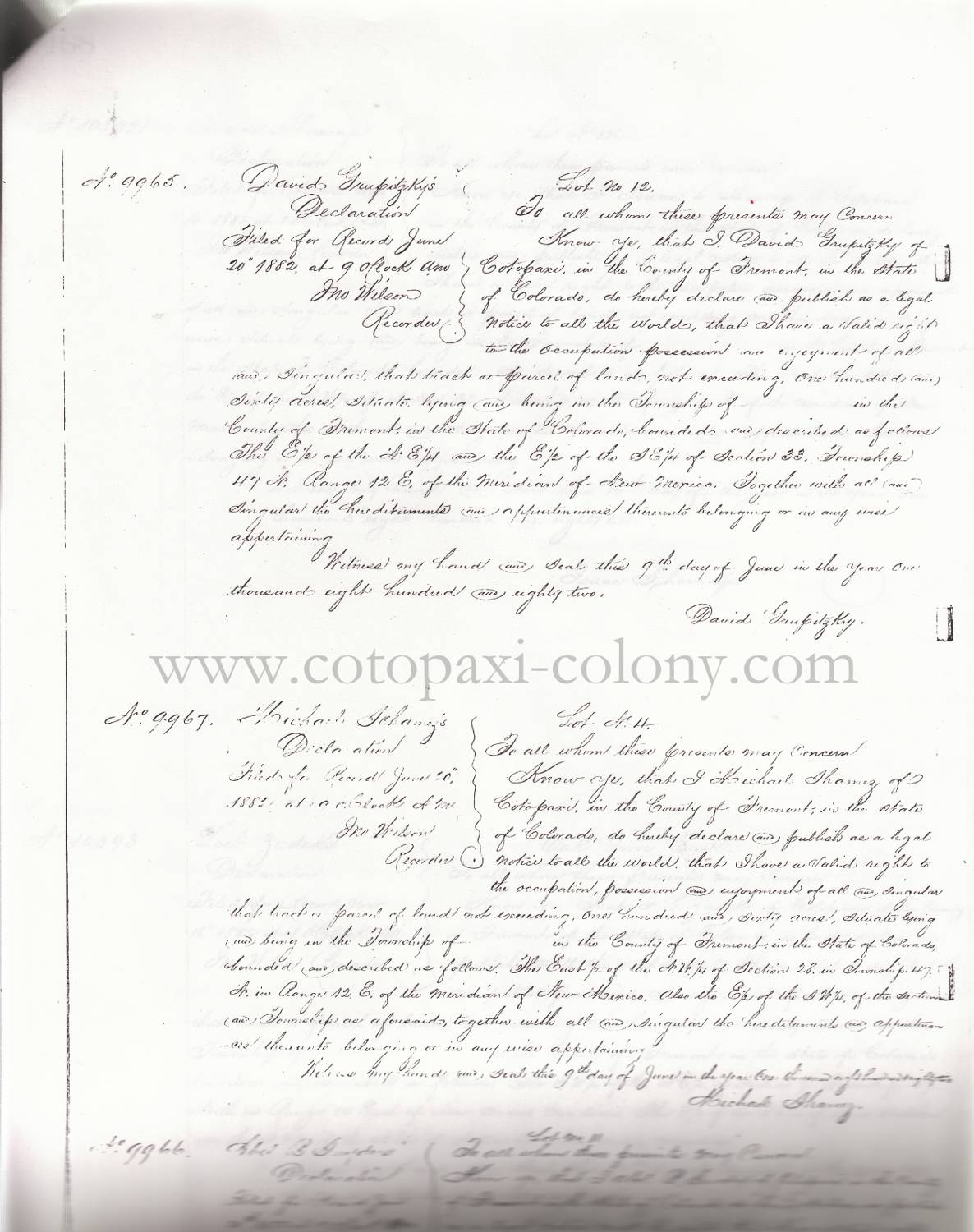 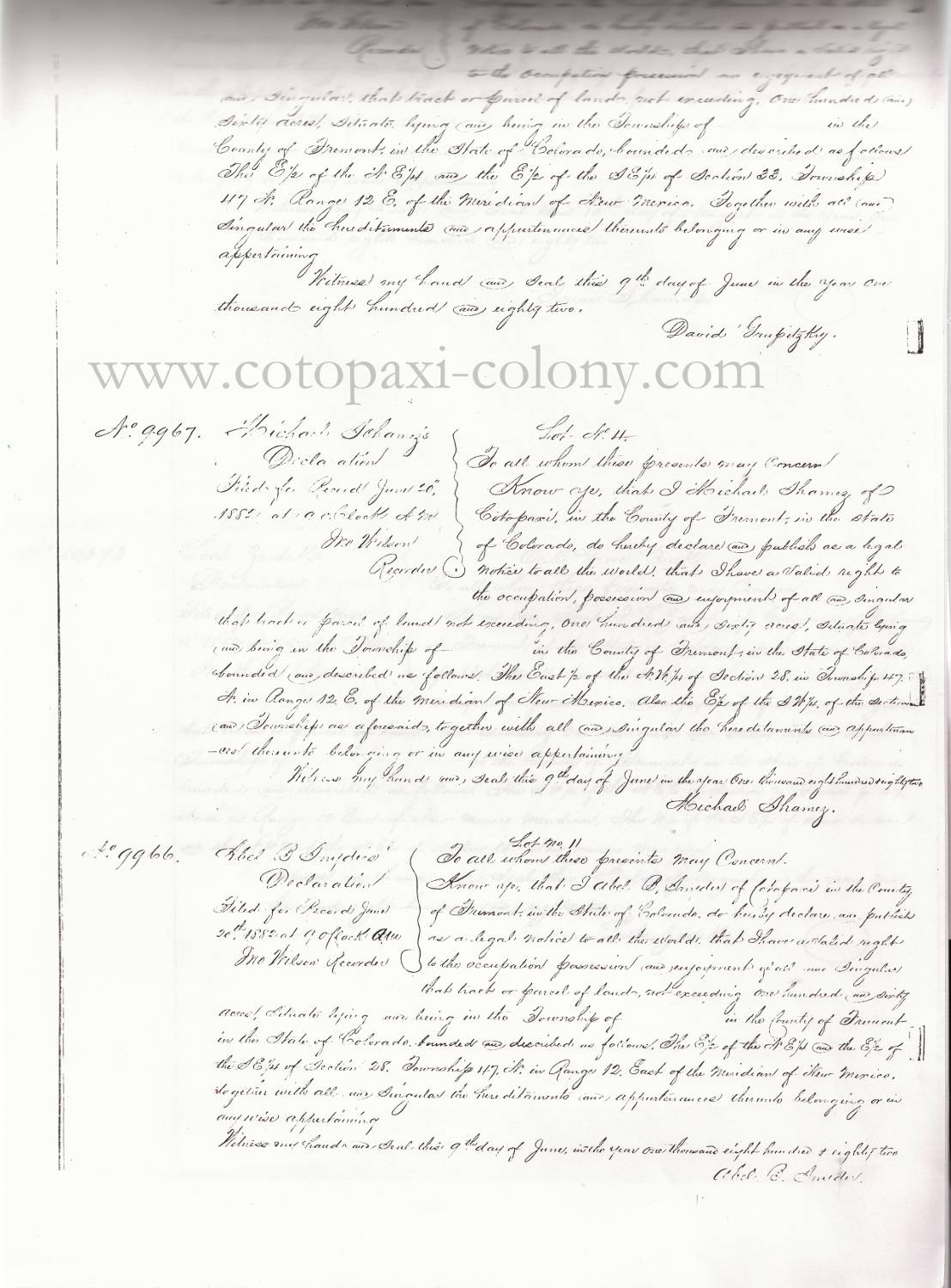 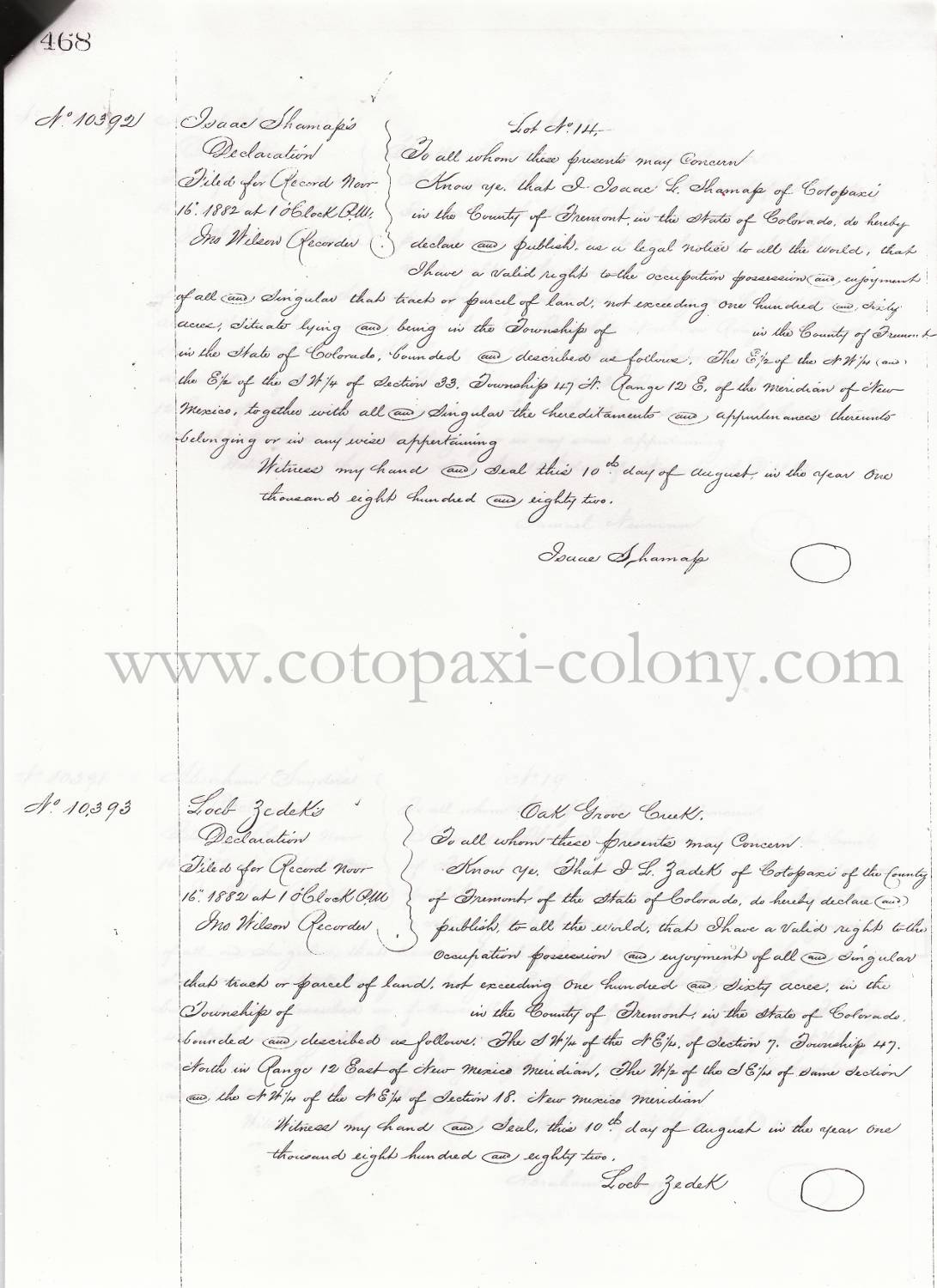 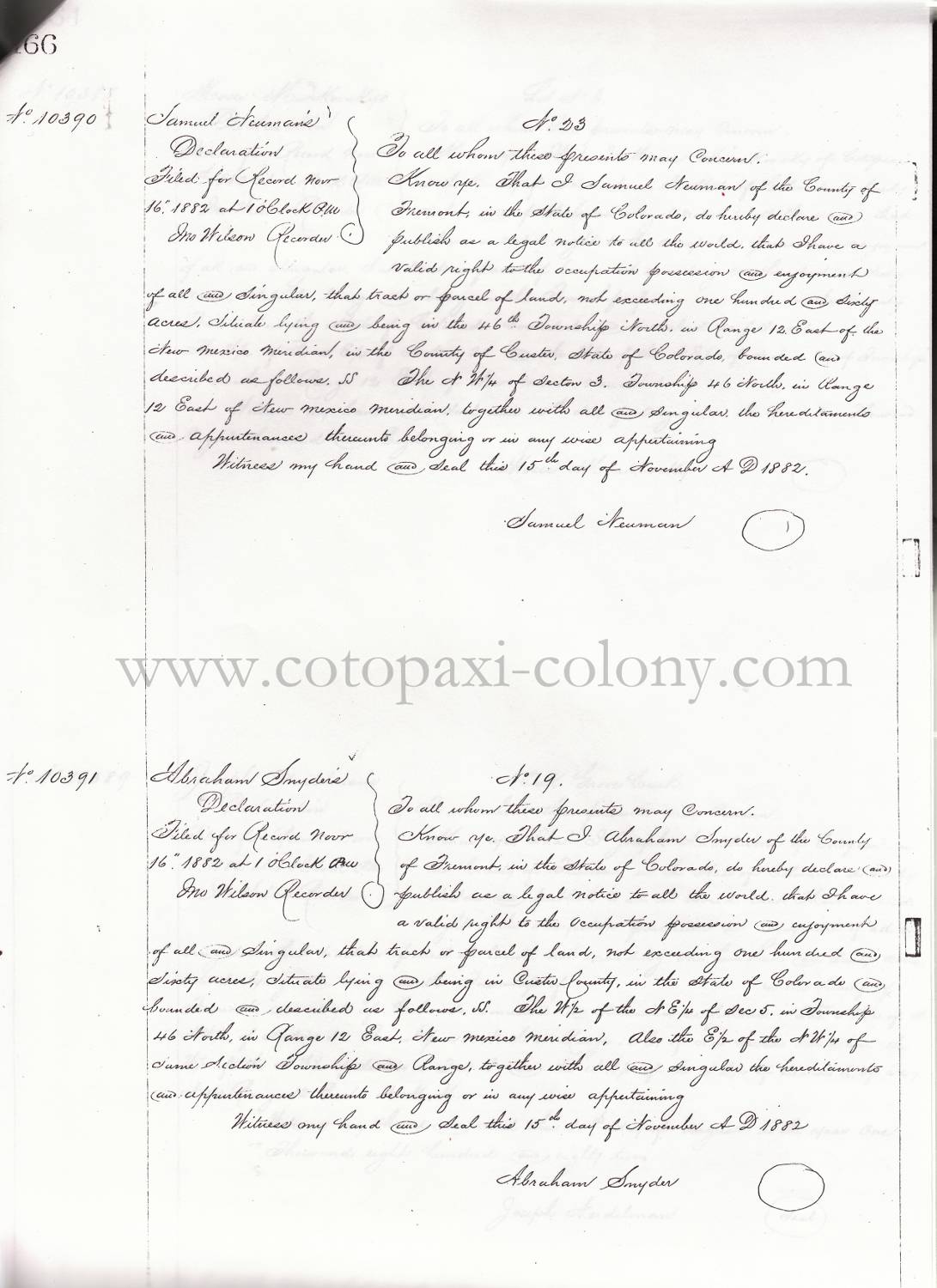 compare with:  The Colony Lands Map